I was happy to place first last week, so taking another stab at #FlashMobWrites.

“We can’t have two young men with beards on stage,” Reverend James had sighed upon seeing Marcus’ unshaven face at rehearsals. “Some of our congregation are aged and can’t see. We need to be able to tell the difference between the Devil and our Lord and Savior from the back pews. Do we have to have this conversation every year?”

Evelyn was tired of hearing about Henry’s beard at church every year. “He looks just like Jesus,” she’d overhear. And, “Oh my, it’s like he walked right out of the bible,” they’d say. Completely ignoring that the man had the acting ability of a mannequin and paraphrased most of his lines despite them being clearly laid out for him, in red no less.

Her son Marcus could grow facial hair twice as full and twice as fast, yet he never got the admiration of the congregation like Glenda’s child in the Easter Passion play. Nobody walked up to the two of them in the social hall after the play. The devil never got thanked. The children and adults all gathered around Henry, while Glenda winked at them from her son’s side. Evelyn always pretended to look just beyond her rival, to avoid giving her the satisfaction of accepting her acknowledgement. She knew the beard wasn’t the reason Henry got to play Jesus each year over the past decade, it was his mother’s deep contributions to the offering plate.

Marcus ignored his mother’s continued complaints at the dinner table and honed his role year over year. His sinister presence on the makeshift pulpit stage commanded the audience more than Henry ever did. “All these things I will give You, if You will fall down and worship me,” he sneered. It was all Evelyn could do not to clap in the moment he delivered the line. In that moment she forgot about the clippers she’s been secreting in her lap with the intention of finally evening the playing field with Glenda. In her whole life she had never imagined rooting for the devil, until she learned her son played the part so well.

Posted by BradyKoch at 8:21 AM No comments:

This is a new flash writing challenge from Flash Mob Writes

“C’mon ma, you’d be perfect for the show. I told you about the pay, right?” Carlo stared his mother down trying to dial up the insistence in his voice more than the dozen or so other times he’d had this conversation with her. He knew she’d take the papers from him pretend to look over the waivers from the production company then stack them up wherever she stacked the rest of these printouts in her capacity house.

“I’m just not the on camera type,” she offered again.

“They’re just here for the week. Enough to clean out all this hoarding mess and get you a new start.” And give each of us five thousand for participating, he added to himself.

“Ma, one stray spark from the stove and this whole place goes up. Don’t be surprised if that happens.” The floors were stacked with newspapers. The piles reached the ceiling. The whole house reeked of them. Now Carlo reeked of them too. His wife would complain about it, but he couldn’t afford to dry-clean the smell out. Not after the layoff.

Carlo sighed. He couldn’t push her too hard. This all started when Dad ran off two decades ago. She collected the papers hunting for any sign of him in the news. He was certainly in the news before then. Mainly the police blotter. Always telling his kids he needed to get what’s his. Minor crimes. Petty theft. Larceny. Nothing violent. Ma was the violent one, but only to Dad. Carlo didn’t blame the man for leaving her.

He never did come up in the papers though and the papers never left. They just stacked up. Ma was able to collect his insurance policy about five years after he was gone. Somehow she was able to get him declared deceased. Now the money was running out and Carlo was also in a pinch. The Hoarding reality show was a sure thing. Easy money.

“I ain’t got dead cats. That’s what’s on the show now. This house is clean. I keep it up.”

“Geez ma, can you think about it more?” he implored. “For me at least?”

“I’ll look over the application.” He could tell she had no intention of doing that.

“All right.” He gave her a kiss on the head. Even her skin exuded the stale paper smell of her domicile.

He made his way through the foot-wide cleared path of paper back to the front door where the newspaper stacking had started. He’d get her to sign the papers. The five thousand for himself was only the beginning. He knew he’d get much more with the press tour in the aftermath of what the film crew would find under Ma’s piles. He was certain Dad was under those papers somewhere, Carlo just had to wait it out. He’d known for a while, but like his Dad, he had to wait for the opportunity to get what’s his.

Posted by BradyKoch at 9:41 AM No comments:

This week's Flash Friday prompt was about the core story elements from Pride and Prejudice.

The birdbath next to the gazeebo would have to do. In fact, Beatrice could think of no better place for her work under the moonlight than the garden where her daughter had first laid eyes on this new suitor. Not that James has met her gaze with kindness. Gentle Priscilla was every bit as reviled as her mother and twice as dour. Yet when her daughter came to her, set on making this man her own, what’s an old witch to do?

As she dropped the dried herbs, locks of hair, leathered animal skins into the stone basin, she moondreamed of being the mother of the bride at the inevitable wedding. The whole village would talk about the young aristocrat who’d inexplicably given his heart to the crone’s offspring for lifetimes to come. Setting the contents of the birdbath ablaze, Beatrice practiced smiling, wanting to meet the wedding guests with the toothiest grimace her ramshackle mouth could contort.

Confirming the last steps of her recipe, she tucked the parchment back into her satchel. She poured the soured milk, vial of blood into the ash and started making a poultice. She knew better then to attempt this recipe by heart. The last time she endeavored to craft love potion for her daughter by memory, she’d only been able to produce a highly effective poison.


Posted by BradyKoch at 8:51 AM No comments: 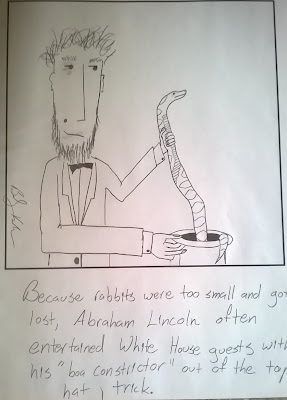 Posted by BradyKoch at 4:26 PM No comments: