Friday Phrases runs a fun writing exercise on Twitter each week. They ask for a tweet sized story tagged #FP. For me it's been a great way to burn through ideas that may not make the grade for a full on story. Actually, I'm working on fleshing out one of these into a longer form story to be shared in time for Halloween. Here's my attempts at this challenge from April through last week:

Posted by BradyKoch at 6:42 AM No comments:

I'm really happy with the final cover design on Guns, Gods and Robots, and want to revisit all of the drafts it took to get to the final product.

After loving his work on Numbers 16:32 and Popular Mechanics for Young Widows, I reached out to @1ndika and gave him my mockup of what I'd like along with some early guidance from Cover Critics. 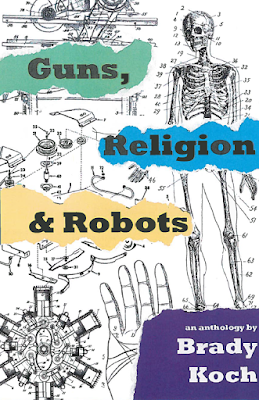 @1ndika sent this back my way with his own ideas for color scheme in line with our first two collaborations. 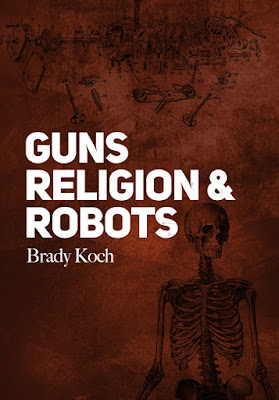 I liked this, but wanted to try out the tear away concept and add some more pop colors into the mix. The stories aren't all horror, so I thought we need to lighten it up.You can also see I made a title change as I was continuing to assemble the collection. 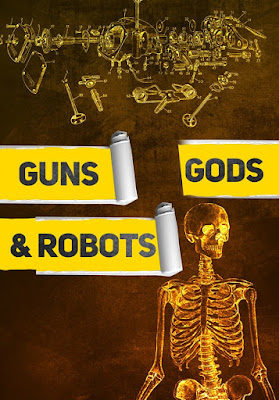 I liked the colors, but at this point had cut two of the horror stories from the anthology to focus more on unpublished material. I asked @1ndika to again punch up the colors and abandon the tear-away concept. 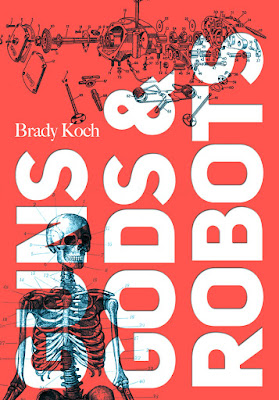 This draft got me excited so we agreed to fill it with all sorts of diagrams for additional story components and added a splash of blue to the front. 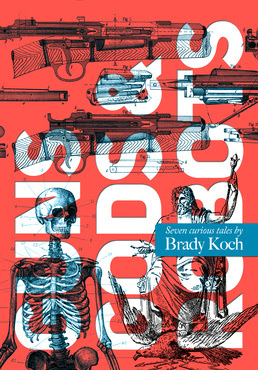 Again, I'm really happy with @1ndika's final product and think it fits right in with the tone and content of this collection of weird tales.
Posted by BradyKoch at 7:19 AM No comments:

This' week's challenge prompt was a simple b&w image of a audience.

The woman in the second row screamed and broke the tension in the room. The small audience in the theater got louder watching the man in the glass tank struggle against the chains wrapping his wrists and ankles. “Flash” Terry had told the audience he would be out of his bindings and open the padlock from the inside of the tank in under two minutes.  The stopwatch clutched in Byson’s hand revealed that the magician on stage had been submerged for three minutes so far.

Byron yawned. Terry could easily hold his breath for four minutes. That was what Byron ‘The Gentleman Mystic” did in his own version of this act. The very one Terry had stolen and was attempting to recreate on stage.  The audience burst into applause as the man in the tank loosed his arms and started pulling at his feet. He’d surely be freed soon.

Terry had no love for the craft of illusion, only a passion for the stage. The audiences Byron once thought appreciative of his decades training his hands, reflexes and mental dexterity quickly dwindled, preferring Terry’s penchant for theatrics, crass humor and lesser versions of other illusionist’s acts.

Four minutes in and Terry’s feet were free. Inside the tank, he was twisting the key he’d concealed in his gums into the lock. Now able-bodied men were being asked to come on stage to attempt to smash the tank open. Byron doubted that would help. Terry had copied Byron’s design for the chamber down to the last detail. The clear box was impenetrable. The key would be Terry’s only salvation. Unfortunately, the key in the tank was worthless. The one Terry needed was now in Byron’s hand and the old magician had decided this would be the thief’s final performance.
Posted by BradyKoch at 10:32 AM No comments:

I found some notes next to this cartoon that had this guy's whole routine. If I was brave, I'd try the exact routine at a local open mic and see what happened. 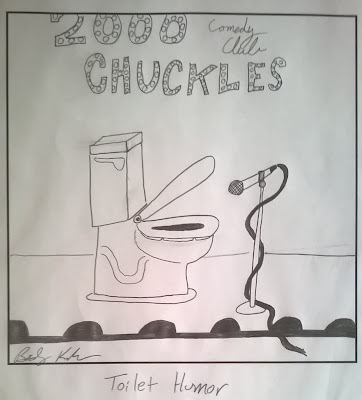 Posted by BradyKoch at 4:23 PM No comments:

The layout of this guy's car bother's me. It kind of looks like he's in one of the driving simulators we had in high school. 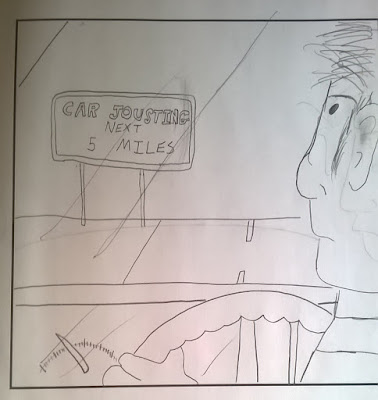 Posted by BradyKoch at 4:20 PM No comments:

In two weeks you'll be able to download my first collection of novellas, and short stories. Look for more information on the weird, horrific, and unusual stories leading up to publication.

Big thanks to @1ndika for designing my favorite cover yet. 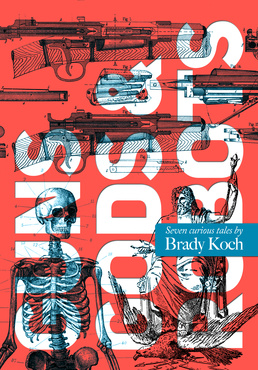 Posted by BradyKoch at 5:42 PM No comments:

Another in the series of re-discovered attempts at comics-making. 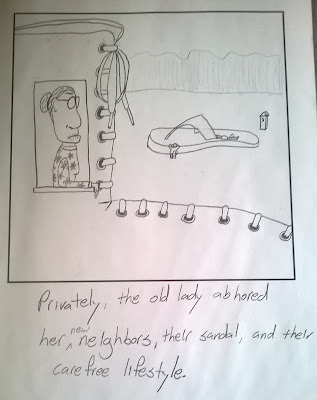 Posted by BradyKoch at 9:01 AM No comments:

I was cleaning out the garage in preparation for a big move and uncovered a series of comics I made in college in an attempt to emulate one of my favorite storytellers: Gary Larson. Needless to say this didn't take off and there's no need for Mr. Larson to come out of retirement any time soon. 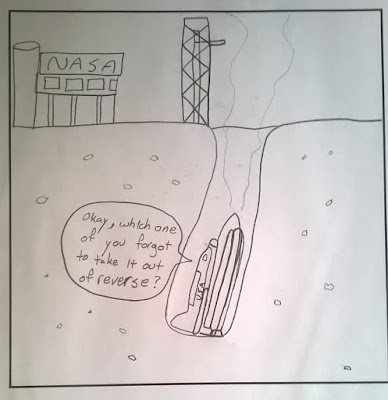 Posted by BradyKoch at 4:58 PM No comments: